The company was founded in 1990 in Chexbres, Switzerland by Claude Cellier; an electronics graduate of the Institute of Technology in Lausanne. Prior to this, Claude worked for the famous Swiss audio maker Nagra Kudelski for 10 years. Nagra is well known to music lovers for their audiophile products, but they are even better known in the professional audio industry, where their products are work horses, providing first class audio performance and doing so day in, day out. Legendary among these are the Nagra IV-S and Nagra T-Audio TC analogue tape recorders, where Claude played a pivotal role in their design and development.

Within a short time of its founding, Merging quickly established a reputation for their expertise in digital signal processing and associated hardware, and with their Pyramix Virtual Studio, was one of the first companies to produce a DSD recording system. The DXD format, (Digital eXtreme Definition) which works at 352.8kHz/24bit, was developed by Merging Technologies in collaboration with Philips, to overcome the challenges in editing and mastering DSD for SACD. 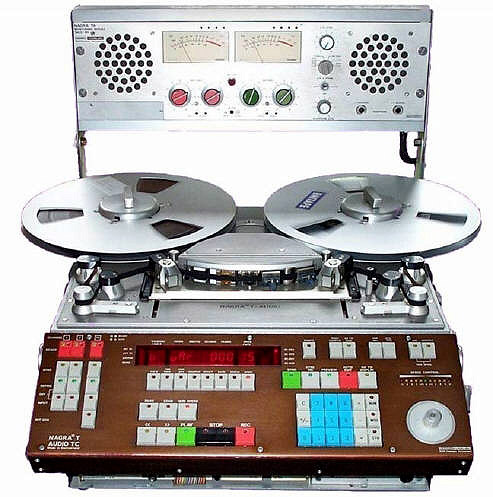 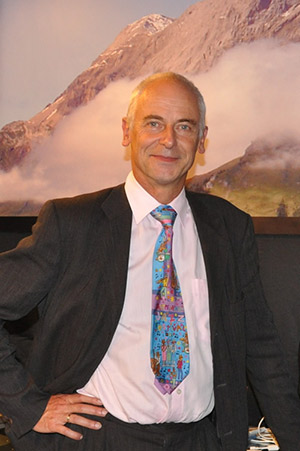 Claude Cellier, Merging’s founder, was born near Lausanne, Switzerland in 1955 (also a pretty good year for Bordeaux wines). In 1980 he graduated from the Institute of Technology of Lausanne as an Electronic Engineer and then joined Nagra Kudelski, the Swiss company that produced some of the most successful analogue and digital field recorders used for film, radio and television production. Here he held several marketing, engineering and management positions. He was responsible for the management of all of the time-code based products and also played a pivotal role in the design and development of the Nagra T and Nagra IVS-TC analogue tape recorders.

Claude has always believed that a successful product should be based on an integrated approach to the market and its future needs - an approach that addresses technological constraints with a marketing and sales awareness. This is the philosophy that continues to drive Merging Technologies today.

In 1990 he left Nagra Kudelski to found Merging Technologies, where his passion for audio gave way temporarily to developing an “all-in-one” video solution for Commodore Amiga users.

Claude also invented and developed a patented lossless real-time coding compression technology (working together with the Institute of Technology at Lausanne), which is still considered as a landmark in the field of lossless audio compression.

As the CEO of Merging Technologies and the chief designer of the hardware and system design for the Pyramix Virtual Studio, he developed and brought to market several generations of high performance DSP cards.

In the early 2000s, his interests focused towards ultra-high definition audio systems, inventing and bringing to market the DXD (Digital eXtreme Definition) range of products in collaboration with Philips, for DSD recording and SACD production and mastering.

More recently he was active in the design and architecture of the RAVENNA/AES67 Audio-over-IP Networked Audio converters. At the time of writing there are well over 1000 pieces of Merging Technologies’ network enabled equipment in daily use by audio professionals world-wide.

In 2007, he was presented with the Audio Engineering Society Fellowship Award for outstanding contributions to the development of high-performance, high-resolution audio workstations.

Merging Technologies currently has over 20 employees, with offices in Switzerland and the UK.

Merging Technologies has a formidable reputation in the professional recording and mastering world, where we have been at the forefront in the development of high-resolution digital audio recording systems for 25 years. The company has been a leader in providing workstation technology to support surround sound for more than 15 years and providing a practical mastering solution for surround on SACD with a complete authoring toolkit was another Merging achievement. The SACD legacy is many fine recordings in surround which can finally be enjoyed on the 8 channel MERGING+NADAC, by accessing the files from our partners’ download sites.

Today leading recording and mastering engineers around the world put their faith in our technology to produce the vast majority of DSD and DXD recordings that are available on disc and online. To address the growing trend for immersive sound formats from Dolby, Auro and DTS, plus demands from venues and events for increasingly large speaker arrays, Merging has just introduced a 3D panning engine for use with Pyramix and Ovation software. The innovation continues...


Among a prestigious list of worldwide recording and mastering engineers as well as world class facilities, concert halls, opera houses, symphony orchestras and philharmonics, the two maps of the US below show some of the concert venues and mastering houses that demand the highest quality and have installed Merging equipment. 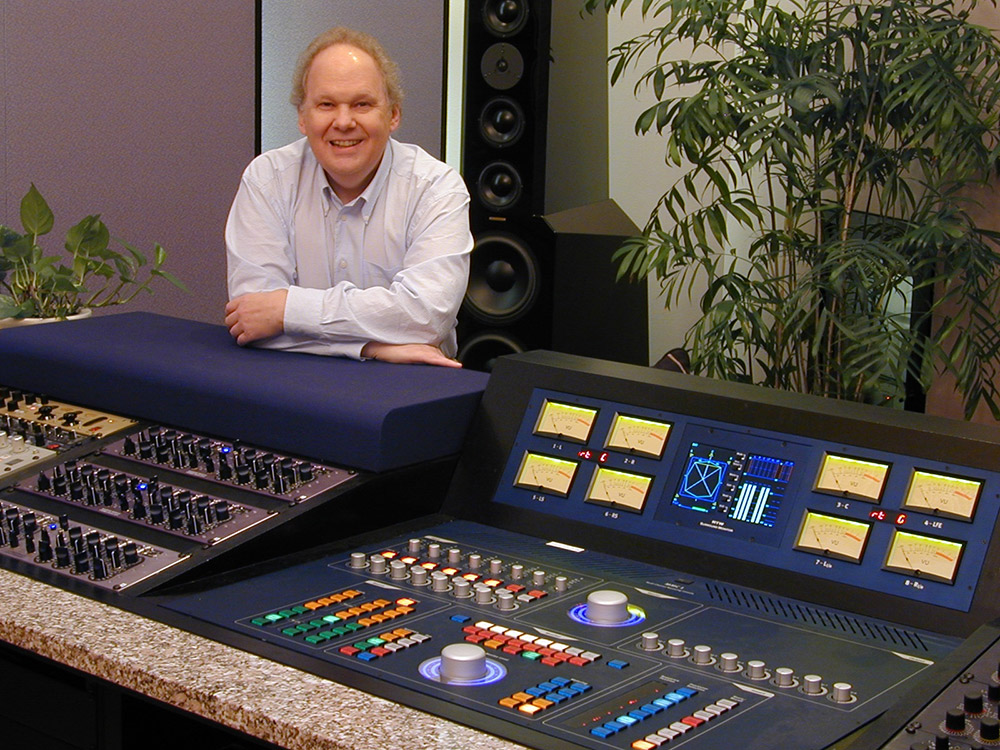 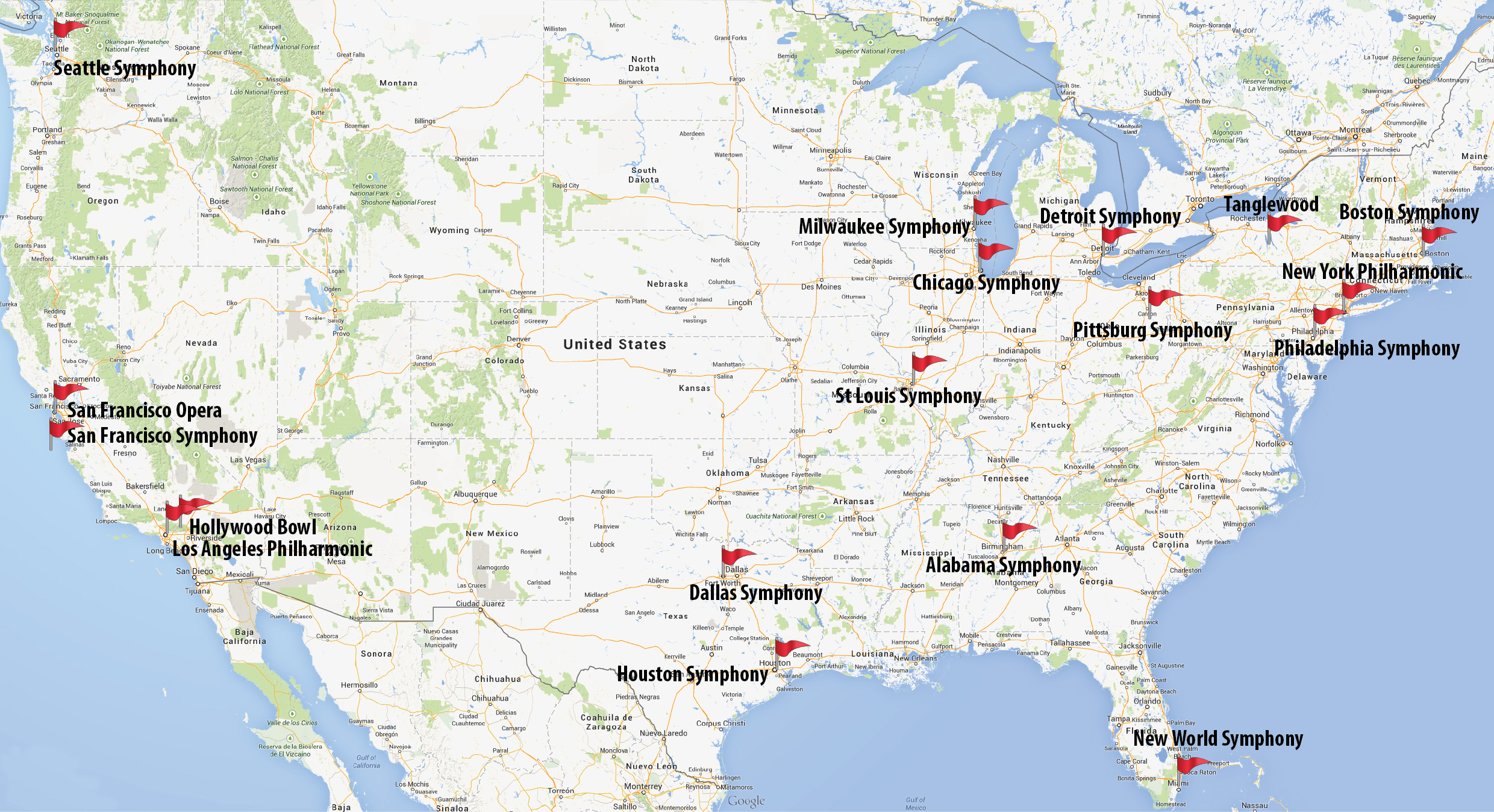 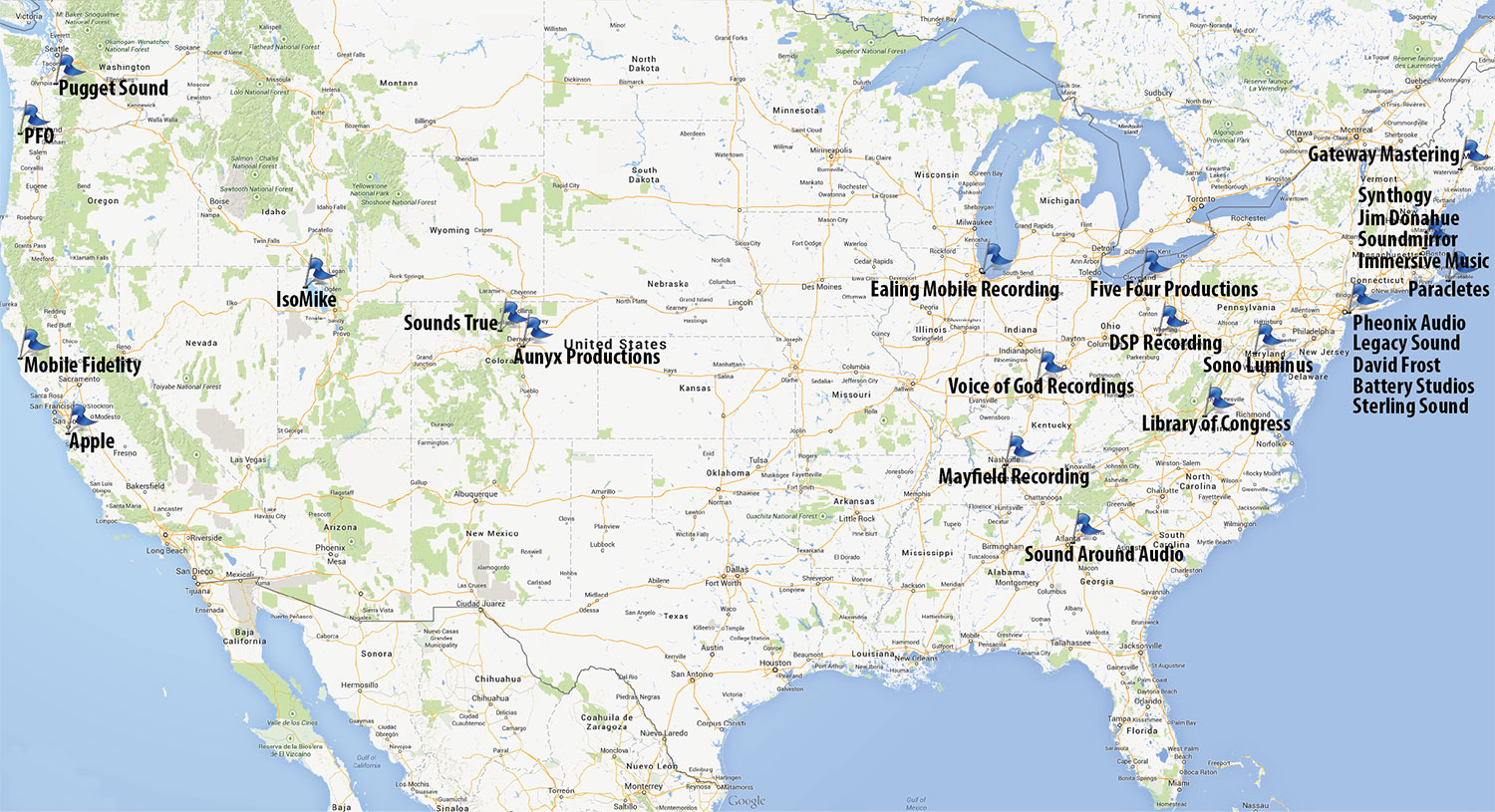 DSD is regarded by many as the ultimate in digital fidelity and the most “analogue sounding” of all digital delivery formats. Merging Technologies has been developing solutions for DSD since the inception of the Super Audio CD in 1999, delivering ever-improving DSD recording and processing systems for the professional audio community.

The first DSD256 (11.2 MHz sampling) recordings were made in 2013 with Merging Technologies equipment and have been acclaimed by many top engineers and producers as another revolution in audio recording and reproduction. DSD256 works at 4 times the rate of the original DSD64 and provides a major improvement in sound quality, as well as a significant improvement in the noise characteristic. This is backed up by enthusiastic feedback we have received from our professional users. Despite its many advantages from the audio perspective, DSD is difficult to process. The solution was another Merging Technologies development. 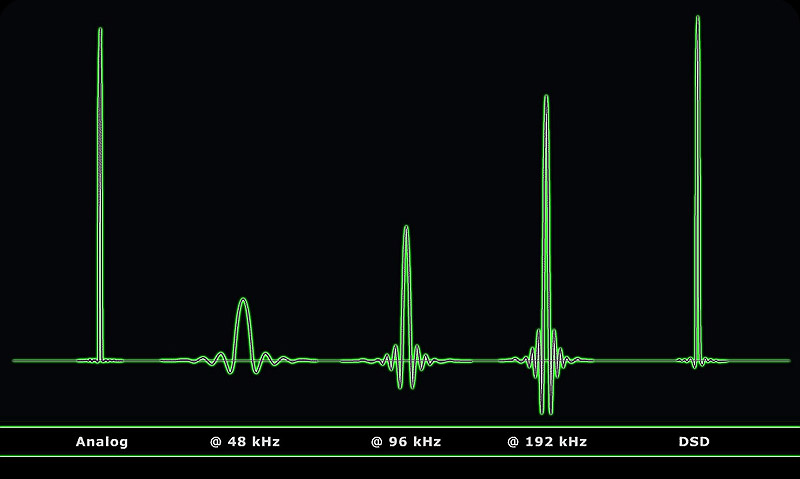 DXD, Digital eXtreme Definition, was created by Merging Technologies to seamlessly move a DSD file into a PCM environment so that editing and processing can take place more easily.

Now an integral part of the modern DSD production chain, DXD has become a deservedly remarkable recording system in its own right. Working at 352.8kHz at 24bit resolution it provides a level of quality that far exceeds the currently accepted high-resolution audio formats of 96kHz/24bit resolution and 192kHz/24bit resolution. Merging Technologies is still the only company able to offer a really flexible and practical solution for recording and post producing true High Resolution Audio.

Synonymous with great recordings, this annual celebration of achievements in recorded music has numerous categories. In the world of classical music, Merging Technologies’ Pyramix system has been dominating the nominations for many years. Most of the winners have updated their professional systems recently to take advantage of the new Networked Audio Interfaces, Horus and Hapi, which provide A/D and D/A conversion up to 384kHz/24bit and DSD256. Not only have these improved the headroom and clarity of their recordings, but also the advantages of Audio over IP networking were immediately obvious: the ability to remotely control mic pre-amp key parameters; a major reduction in the amount of cable required on a session and the ability to handle more data on one network cable – up to 48 tracks of DSD256.

Less well known is the fact that many of the world’s leading mastering studios use Pyramix as the final step in the recording chain. That results in Merging Technologies equipment featuring in the winning productions in all categories. As a MERGING+NADAC owner, you will join the Grammy® winners in the appreciation of the best that technology can produce. 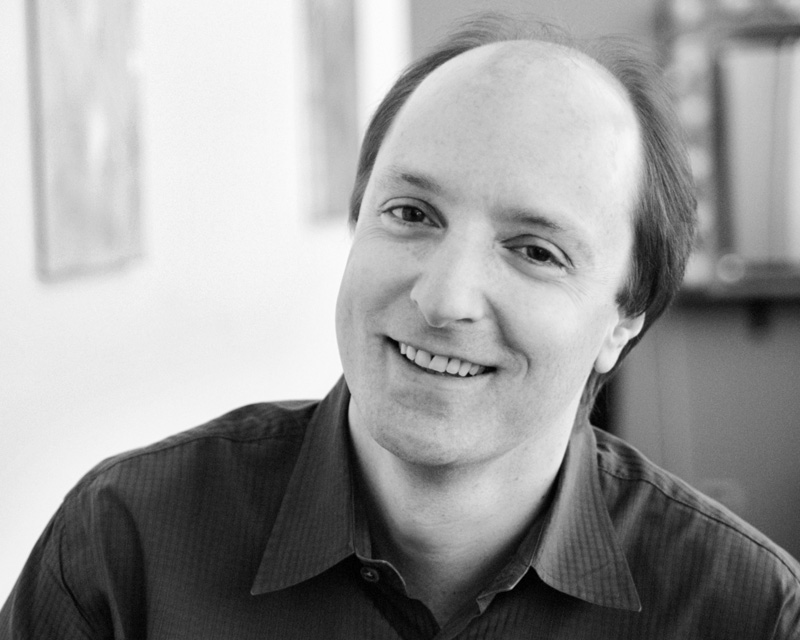 A few of our Grammys® related press releases

Audio for the Networking Age